Robert Pattinson is in New York City at the moment, hanging out before shooting begins on his new movie Remember Me. At the weekend he was spotted looking casual and hitting the streets with his friend and fellow Brit actor Tom Sturridge — recently seen in The Boat That Rocked. When Robert begins filming, he'll be working with Emilie De Ravin, Lena Olin and Chris Cooper, while Pierce Brosnan will apparently play his father. I can't wait to see more of Robert working and playing out in New York! 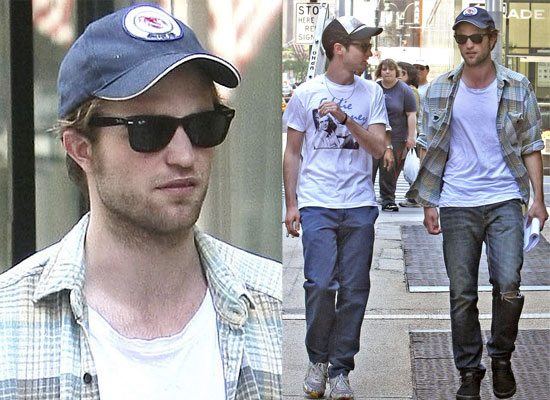