Robert Pattinson gave a sweet smile as he made his way to lunch with his musician friend Sam Bradley in Vancouver yesterday, stopping to sign an autograph for a lucky fan. As Rob has brought his guitar with him, perhaps the friends had a jamming session! Robert swapped the cap he was wearing on arrival in Canada for a beanie, but kept his shades on and stuck with his casual style as he took time out from Eclipse reshoots. It's been quite the week of accolades for the Twilight star, who made his debut on The Sunday Times Rich List, made the cut for Time 's 100 Most Influential People list, and made it onto People's Most Beautiful People of the Year list. Congrats to Rob on his impressive hat-trick! 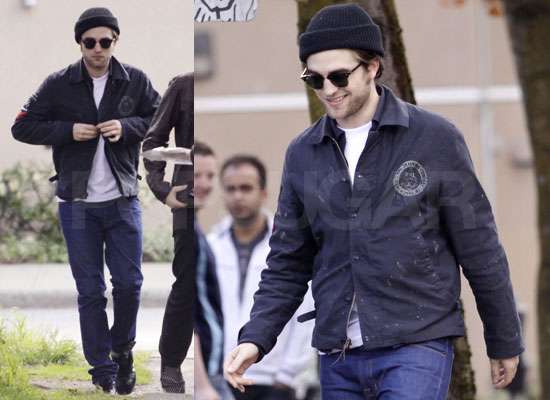