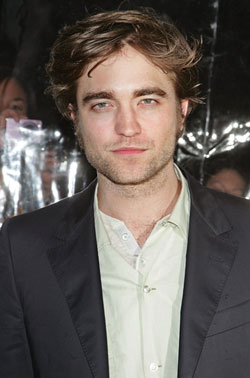 Robert Pattinson has spoken before about his desire to "do gigs again", and now he's revealed he hopes to make an album this year. As well as talking about confidence and Pierce Brosnan, Robert also told Parade:

"I kind of want to do one [an album] at the end of the year. All my friends are recording albums and I'm very annoyed about it. But I can't do two things at once. I don't know how people like Jennifer Lopez can act and also sing. I'm just like, 'I can't.' But, hopefully, I'll find some time to get it together."

After Eclipse is released this Summer, Rob should have some time to lay down tracks. I'd love to know what you think, so vote to tell me: are you interested in Rob's music career?