The Royal family were full of smiles as they arrived for the Christmas Day service at Sandringham Church in King's Lynn. Members of the public lined the snowy path to welcome the Queen and her family, with the female members like Autumn Phillips, Zara Phillips, Princess Beatrice, Princess Eugenie, Princess Anne, Camilla Parker Bowles and Sophie Rhys-Jones all wearing an array of colourful hats. Prince William kept clean-shaven for the service, unlike last Christmas when he debuted a full beard which didn't last long! Wills, who slept rough earlier this month for homeless charity Centrepoint, was joined by Prince Harry, Prince Charles, Camilla and other members of royalty, whom lots of you would have liked to spend Christmas with. I wonder what 2010 holds in store for them. 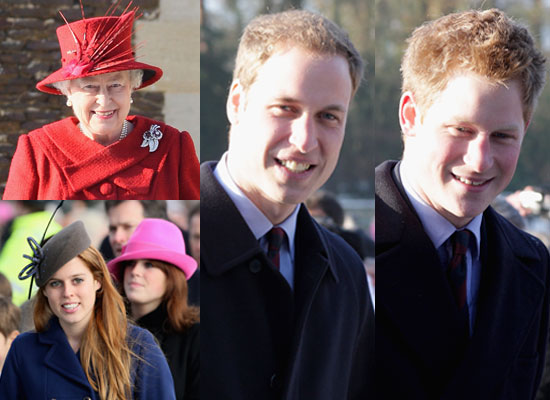