Russell Brand was at the Prince Charles Cinema in London yesterday to promote his new book Articles of Faith, which brings together his football columns for The Guardian and follows on from the first collection, Irons in the Fire. He's becoming quite the wordsmith these days, what with his autobiography, My Booky Wook, and his £1.8million two-book deal. It's always nice to have Russell back on our shores, and after the death threats he received following his MTV VMAs appearance, I expect he's happy to be home too. With a new series of Ponderland starting next Thursday, and the DVD of series one out in November, we'll have lots of Russell on our screens. 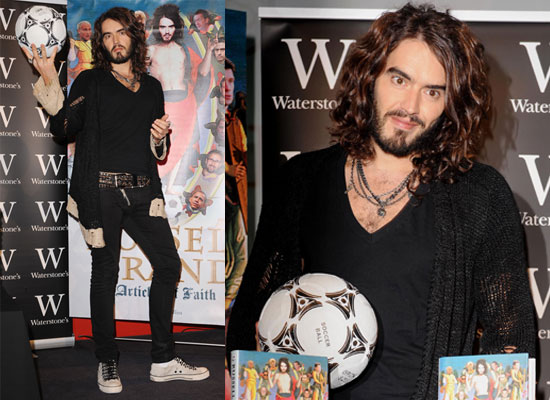