Russell Brand is back in the UK and was spotted leaving his London home and heading to a studio with his messy barnet still wet from the shower yesterday. Looking smart in his jacket and scarf, Russell clutched some papers in his hand as he arrived in his shades. While filming Get Him To The Greek in New York, Russell filmed some amusing looking scenes with Jonah Hill in Central Park, and it's been announced that three of the songs performed by Russell in the movie are to be written by Jarvis Cocker. I can't wait to hear what he comes up with! 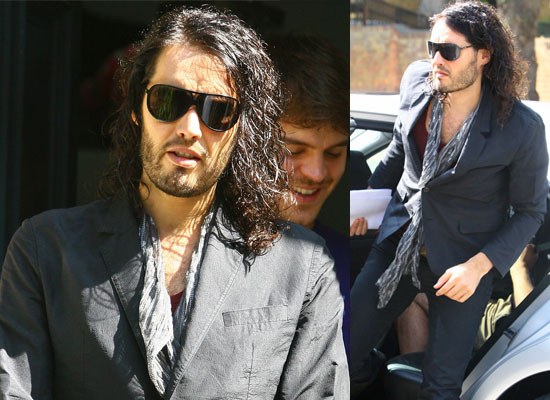