Russell Brand played up cheekily to the cameras as he attended a signing for his autobiography My Booky Wook in New York yesterday. In his sparkly jacket and his feathered necklace, you really can't miss Russell when he's out and about. A crowd of American fans were out in force for our homegrown comedian, who has been doing the rounds of talkshows while he's in the States. He recently revealed that his autobiography will become a movie, slated to start filming this year. Will you watch his story on the big screen? 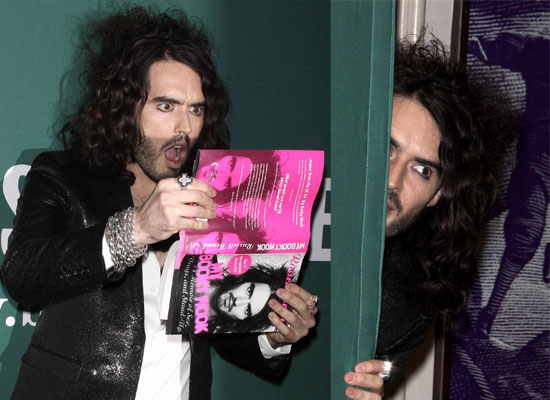