As the BBC takes the questionable phonecall controversy ever higher today with the BBC Trust chairman and director general weighing in, and Andrew Sachs is set to make an appearance on Coronation Street, Russell Brand has escaped the UK and is still in the US. He was out being photographed for GQ magazine over the past few days, not sharing as many smiles as he displayed playing football earlier this month, but plenty of moody sultry looks for the camera lens. Keeping out of the way and working hard in the States definitely seems like the right thing to do, but I can't wait until the British Comedy award nominee comes back to our shores. 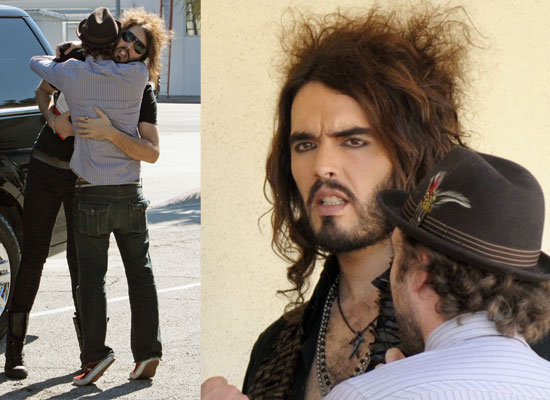