Russell Brand and Katy Perry held hands as they navigated the snow after watching West Ham's match against Chelsea at Upton Park yesterday. Fan of festive hats Katy combined football and Christmas by wearing a West Ham Santa hat, having shown her support of the team by wearing a special outfit at the MTV EMAs earlier in the year. It's great to see the hot new couple together again after Russ returned to England following Katy's partying with Robert Pattinson. Russell has spoken about his love for Katy, and with reports they've bought a house together in LA, I'm looking forward to seeing their relationship blossom in 2010. 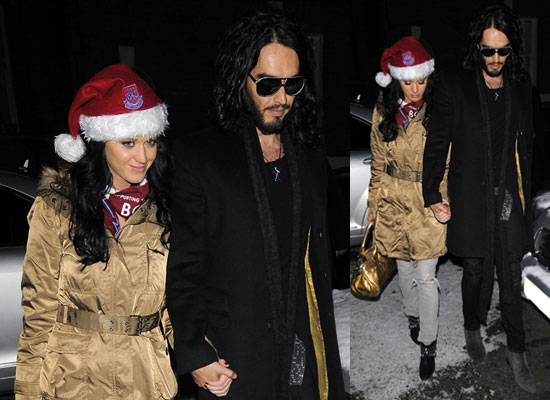