I think it's safe to say Russell Brand is having a jolly good time Down Under, making friends with various women at his Time Out After Party in Sydney yesterday. He also stole a kiss from a blonde by the harbour, having been spotted earlier with a brunette on his hotel balcony. Russell hasn't forgotten his male pals, though, and laughed with the gang as he stripped down to his underwear on board a yacht. The comedian has his sights on a new friend, too: after his recent New York standup show, Russell said: "Stephen Fry came. He said he loved the show and praised me heartily. Naturally I've developed a crush on Stephen which I hope can be kept within healthy parameters rather than galloping off unimpeded into dangerous realms." 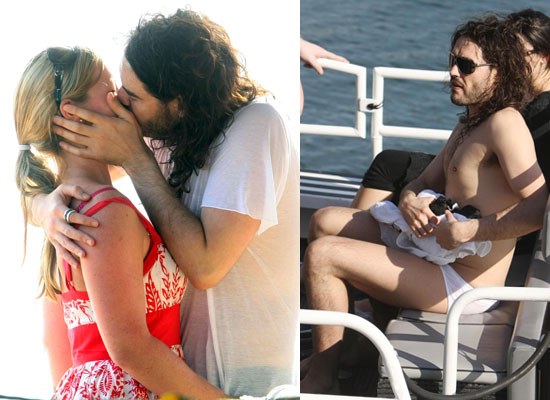