Russell Brand dressed in his usual all-black outfit and those Sass & Bide's Rat Leggings that he loves as he returned to his Hampstead home carrying a signed West Ham football and a copy of the Big Issue yesterday. It's been a tough few months for Russell, what with the Manuelgate scandal, but his pals across the pond have been publicly supporting him. Having been called an "angel" by Bedtime Stories director Adam Shankman, Russell's now been called "a sweet kid" by his costar Adam Sandler, who's been chatting with Radio One Newsbeat. Here are the highlights: 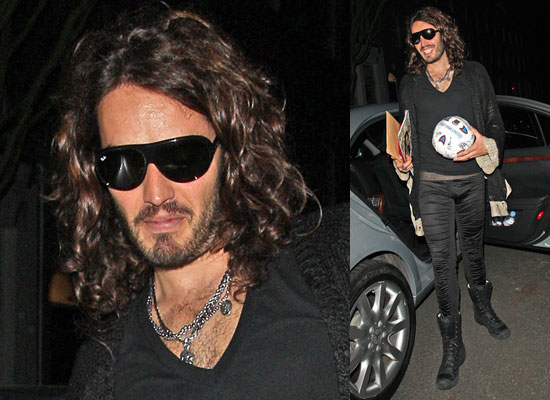 To find out what else Adam said about Russell, and to see more pics, read more.

It's great to see Adam giving Russell so much love. If you've loved Russell this year you've still got time to vote for him as your favourite British male of 2008!