Russell Brand was out in LA yesterday, doing a little shopping with a blonde female companion in the Californian sunshine. Dressed all in black and wearing flip flops, Russell hauled a big bag out of the store before driving away with his ladyfriend. The MTV Movie Awards are coming up at the end of May and — as last year's host — Russell has had some words of advice for new host, comedian Andy Samberg. He advised: 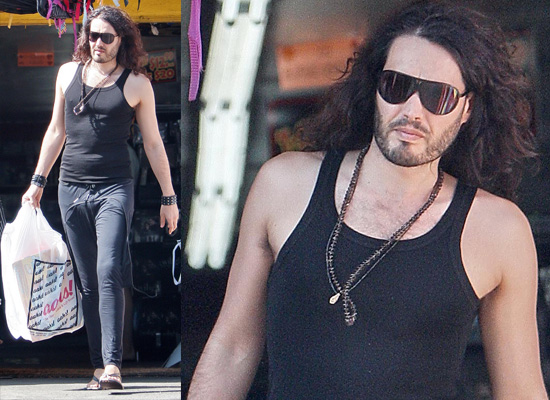 Sounds like Russell learned a lot from his foray into award show hosting this time last year!