Russell Brand played a comedy gig in Soho last night, improvising his jokes from a list of subjects that he had written on his hand, including Andrew Sachs' name. He's heading out round the UK with his stand up show now, and he may also be hoping for some chart success! Simon Cowell's company Syco records are backing his old friend Joby Harte's novelty song "The Chugga Chugga" — check out the video from Russell's old radio show below and let me know what you think! 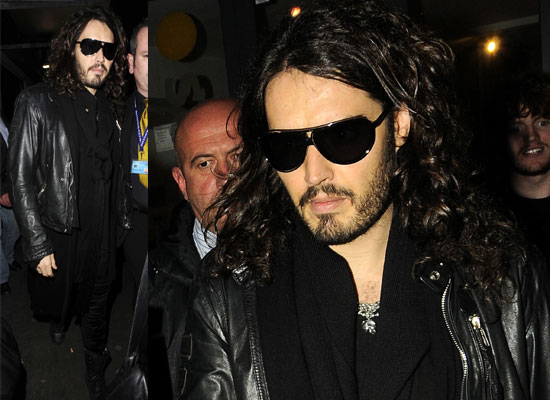 Demi Lovato: Dancing With the Devil
Demi Lovato Relives the Night of Her Near-Fatal Overdose in Haunting New Music Video
by Yerin Kim 02/4

Hair
But Can We Talk About All the Wigs In Lil Nas X's "Call Me By Your Name" Music Video?
by Danielle Jackson 26/3