Russell Brand enjoyed a sunny St Patrick's Day yesterday, spending it in Los Angeles with friends. He was spotted out during the day in a yellow and black t-shirt and his skinny black jeans, and then kept his sunglasses on as he headed out last night. Russell was spotted making a surprise appearance at a comedy club and then signing autographs outside the venue, although his fiancee Katy Perry was nowhere to be seen. Apparently she's been reigning in his ideas of a huge wedding in India, deciding to have their big day closer to their LA home. Now apparently his only requirement is that his mum's there — bless! 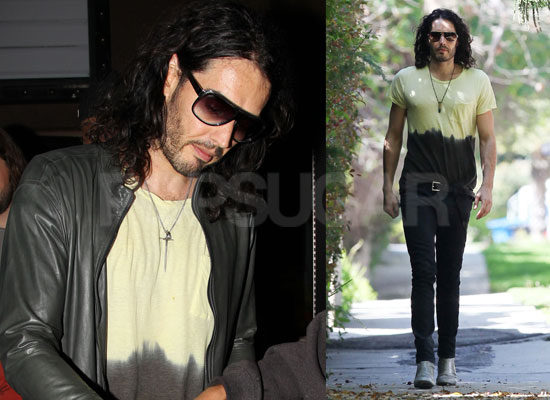