Russell Brand partied at Bar Marmont in Hollywood this week, after tweeting: "I'm off to see a shaman now. I shall come back enlightened". He's been spending time in Las Vegas filming Get Him To The Greek, but has kept in touch with pals like Jonathan Ross via Twitter. In celebration of his 34th birthday, Russell posted a viddycast on his official site yesterday, where his mum chats about his birth and Russell showers her with songs and popcorn! It's good to see that even though he's a year older, Russell isn't getting any more sensible. 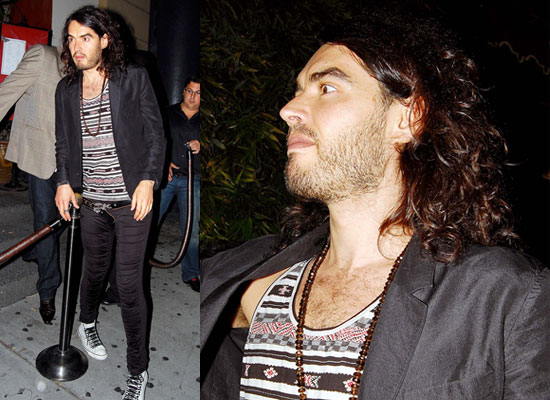