Russell Brand warmed up for his standup gig at the Grand Ballroom of the Manhattan Center last night by performing with some finger puppets on the streets of Soho, using them to flash the peace sign before flipping them to make a rude sign. Once he took to the stage in the evening Russell exhibited his usual outlandish physical moves, ahead of his one-hour standup special airing on the Comedy Network tomorrow. He's so busy Stateside with book signings and chat shows I expect he could do with a restful weekend. Come home soon Russell! 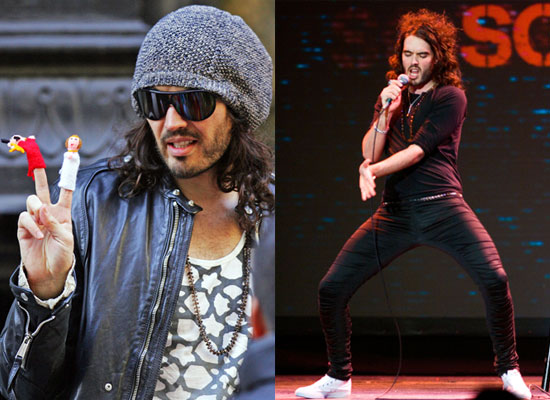