Does Russell Brand ever take those leggings off?! On Boxing Day he was out at Selfridges in London, wearing his favourite ruched legwear and taking in the Oxford Street sales. There's been bad news for his accomplice in the "Manuelgate" scandal, Jonathan Ross's memoir has not done as well as hoped in the lead up to Christmas, racking up 70,600 sales by December 20th. Publicist Max Clifford has spoken out saying he thinks Jonathan's silence in the aftermath has hurt him, compared to Russell's resignation and refusal to hide away. Do you think Jonathan's silence has harmed the sales of his autobiography? Will you be reading it? 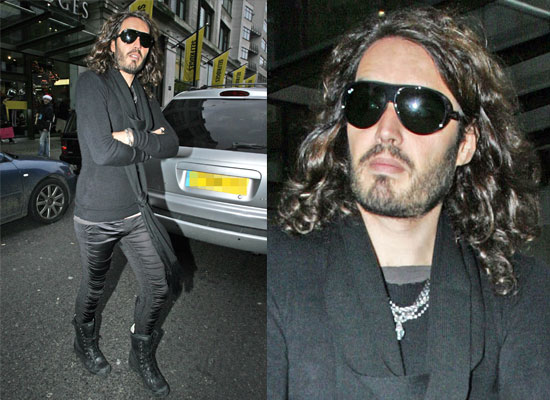