Russell Brand was full of smiles as he left a yoga class in Los Angeles yesterday, keeping up with his wife-to-be Katy Perry's exercise regime. The comedian and actor could be about to challenge his fiancée for chart domination, as it seems Katy's not the only one making music. Reports suggest Russell is going to release an album of songs in the guise of his character Aldous Snow as a soundtrack to his latest film Get Him to the Greek. Russell and fictional band Infant Sorrow recorded tracks written by such musicians as The Libertines' Carl Barat and Jarvis Cocker, and Universal is reportedly keen to cash in on the musical tie-in. Siting! 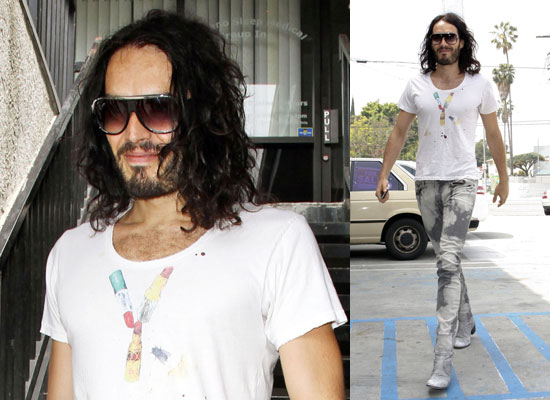 Image Source: Xposure Photos
CelebrityGet Him To The GreekRussell Brand