Russell Brand was out in a leather jacket, shades, and his favourite bleach splattered jeans again yesterday as he was spotted outside his home in LA. He certainly wasn't alone as a group of his friends surrounded him as he left in a car for LAX airport. As I revealed yesterday, reprising the role of Aldous Snow is leading to more music from his fictional band Infant Sorrow, so it looks like his rockstar look is becoming even more fitting! At least until he cuts his hair for his new movie Arthur! 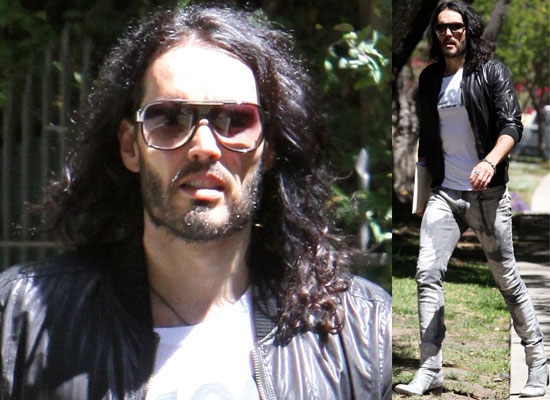