Ryan Phillippe, Eva Green and Sam Riley took to the red carpet at the London Film Festival last night to premiere their new movie Franklyn (out January 30, 2009), which is described as "a split narrative set simultaneously in contemporary London and in a future metropolis ruled by religious fervor. It's the story of four lost souls... on course for an explosive collision when a single bullet will decide all their fates." Ryan was looking dapper as he posed for photos, reminding me why he's one of my favourite manjoyment subjects! Check out the trailer below. 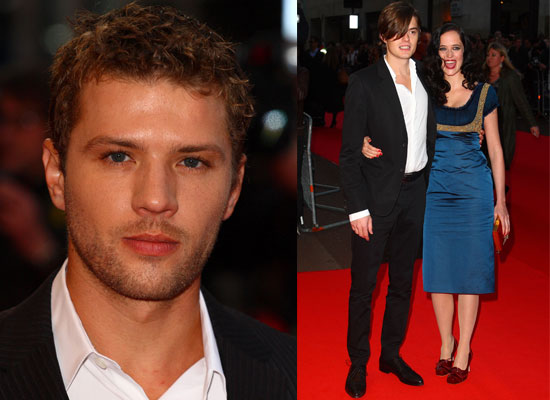