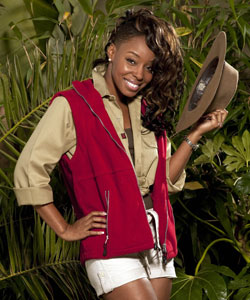 Sabrina Washington is the fifth contestant to be voted out of I'm a Celebrity Get Me Out Of Here by the public. She was up against Justin Ryan, and proved less popular than him with viewers.

The question on Ant and Dec's lips was of course about Sabrina's feelings for Stuart Manning, but she remained tight lipped, saying: "We’re just friends, just like everybody else in the jungle!"

With the final on Friday fast approaching, Gino D'Acampo is the bookies' favourite to win. Who do you want to see crowned King or Queen of the jungle?

I'm A Celebrity Get Me Out Of HereBuzzSabrina Washington