Sacha Baron Cohen's stunt with Eminem at the MTV Movie Awards had everybody talking about his new movie Bruno, which comes out on July 10 in the UK. Last night the chic city of Paris premiered the movie, which features Sacha as a flamboyant Austrian fashion reporter. As you can see from his appearance, Sacha went all out for the role and for the promotion, just like he did for Borat... remember he's usually a pretty hairy guy! Isla Fisher was there to support her man's latest movie, as was The Hangover's Zach Galifianakis. Tell me, are you looking forward to seeing Sacha as Bruno on the big screen? Let me know! 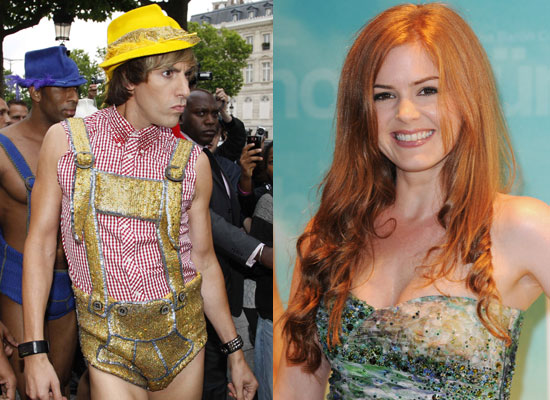