While Camilla Dallerup and Katie Price both left the jungle voluntarily, Samantha Fox, Gino D'Acampo and Lucy Benjamin are the first celebrities to face the public vote on I'm a Celebrity Get Me Out Of Here. Last week the camp was split into two groups, and they were part of the losing team who were sent into Exile. Kim Woodburn, Stuart Manning and George Hamilton made it into Base Camp after winning head to head tasks, meaning that either Sam, Gino or Lucy will be the first celebrity to be voted off. The phone lines are open to vote for who you want to save, but I'd like to know who you think should leave, so vote below to let me know: who should be the first contestant voted out of the jungle — Samantha, Gino or Lucy? 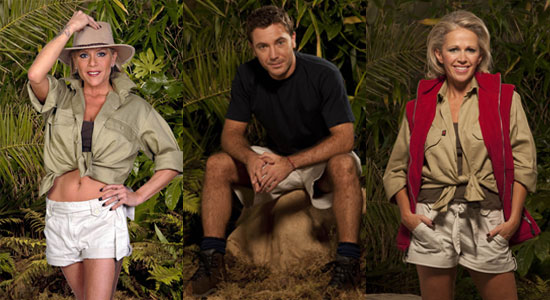