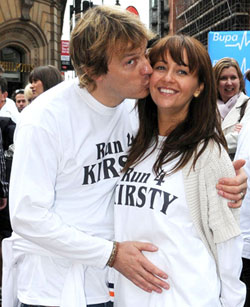 Coronation Street star Samia Smith has given birth to a daughter. The actress and husband Matt Smith, who announced the pregnancy back in April, have named their new arrival Freya. A spokeswoman for the soap said:

"Samia Smith has today given birth to a baby girl named Freya, 7lbs 2oz. Mum and baby doing well. Samia and husband Matt are delighted. Everyone at Corrie is thrilled at the latest arrival to the 'Corrie family'."