The Saturdays' Frankie Sandford and McFly bassist Dougie Poynter stepped out on a date on Saturday night, leaving the Mayfair hotel in London together in the back of a cab. Frankie looked chic in her black outfit, while Dougie dressed down in some casual shoes and looked a little unhappy at the attention while his girlfriend grinned at the cameras. Dougie and his bandmate Tom Fletcher recently came ahead of Jonathan Ross in a poll of the most influential British celebrities on Twitter, with the twosome coming in just behind Russell Brand and Stephen Fry! With promises of posting photos of his bandmate Danny Jones in a thong washing his car if he reaches 200,000 followers, I can... almost see why! Check out Frankie and Dougie in some great company as one of my hottest new couples of 2009. 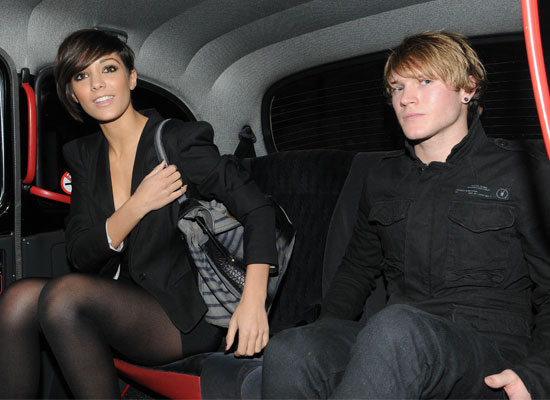