Scarlett Johansson has posed in (PRODUCT) RED clothes and accessories for a ten page fashion shoot in the January issue of Harper’s Bazaar, and has spoken about her support of the (RED) campaign. She reveals the impact her trips to Africa have had on her life since becoming the ambassador of the campaign three years ago, and discusses the strength of women in her joint interview with Bono, in which he calls her a lioness! Here are highlights: 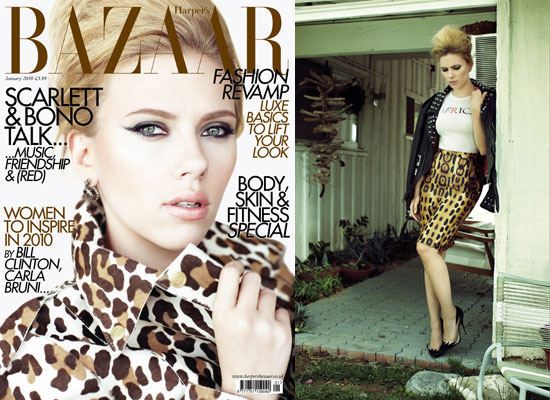 To find out what Bono had to say about Scarlett being his lioness, just read more.

The full interview appears in the January issue of Harper’s Bazaar, on sale Mon. 7 Dec.