Johnny Depp arrived in Japan last night and was greeted by many fans at Narita airport in Tokyo. He's traveling to promote his film Public Enemies, showing that even the Sexiest Man Alive has to work for a living. Yesterday Johnny admitted he hadn't seen the film, which surprised some even though he regularly says that he often doesn't watch his own work, and talked about his lack of enemies in life, saying, "I don't think I have any enemies, really. The scariest enemy is within, allowing yourself to conform to what is expected of you." Johnny's certainly not one to conform — is that a reason that you like him? 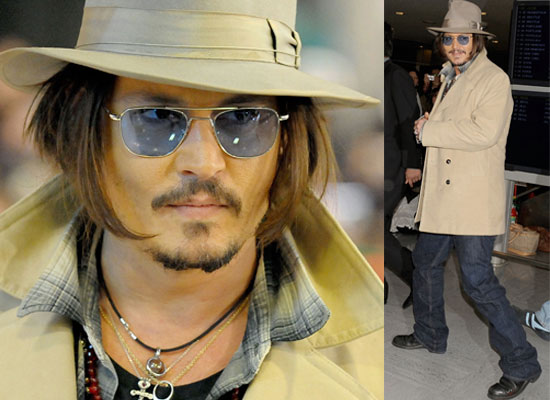