David Beckham arrived in Newark with his LA Galaxy teammates yesterday, looking stern as he signed autographs and had his photograph taken. Following his time with AC Milan during the off season, he's back and voicing his commitment to LA Galaxy, as his kids joined him at football practice earlier in the week. Eagle eyed fans may have spotted his new tattoo — a ring of roses around his upper left arm said to have been etched to symbolise ten years of marriage to his wife Victoria. Those tattoo sleeves are certainly filling the space left on his arms — do you like his tattoos? 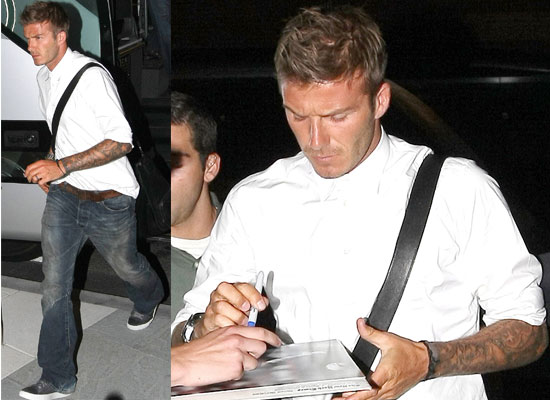