David Beckham gave fans a treat at his LA Galaxy game at the Giants Stadium in New Jersey yesterday, as he stripped off his shirt to show off all his many tattoos — including his newest one that he got to celebrate his tenth wedding anniversary with Victoria. David's back with the team after spending the off-season playing with AC Milan, and his team won 3-1 last night, so no doubt he'll be celebrating today, despite a few boos from the crowd during the game. 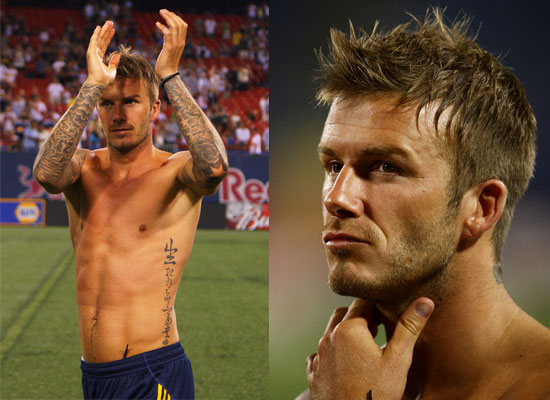 Cardi B
Cardi B Re-Creates Her "Wild Side" Video, and It May Just Be Even Sexier Than the Original
by Monica Sisavat 2 days ago