It's Shane West's birthday on June 10, and he had a pre-birthday celebration at Bardot in LA at the weekend to party with all his famous friends. On his arm was Evan Rachel Wood, who played his little sister some time ago on TV series Once and Again — could they be together now? Other celebs included Sara Paxton and her The Beautiful Life costar Nico Tortorella, AnnaLynne McCord, Devon Aoki, Eve, and Adrian Grenier. Also attending was one of my favourite Brit hunks in Hollywood, Ed Westwick who looked gorgeously scruffy in his jeans and trainers. What a star studded celebration! 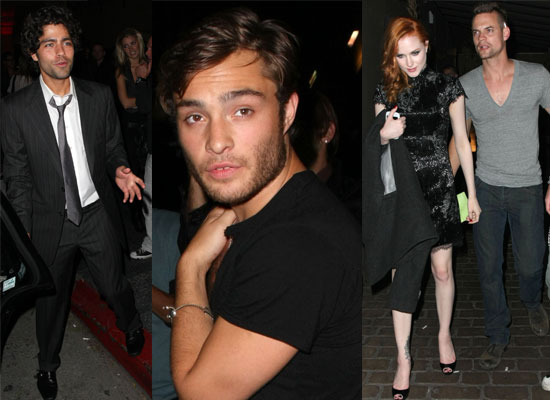