Robert Downey Jr, Rachel McAdams and Jude Law are in London at the moment reshooting and filming some additional scenes for Guy Ritchie's upcoming Sherlock Holmes movie. While Rachel's moved on to promoting The Time Traveler's Wife, which had its New York premiere at the end of last week, Jude Law has been working on Hamlet in the West End. After it finishes its run in the UK, the play is headed to New York city where Jude will be treading the boards on an opening night that happens to be the same night that his fourth child is due to be born. It's shaping up to be a busy year for the Sherlock cast! 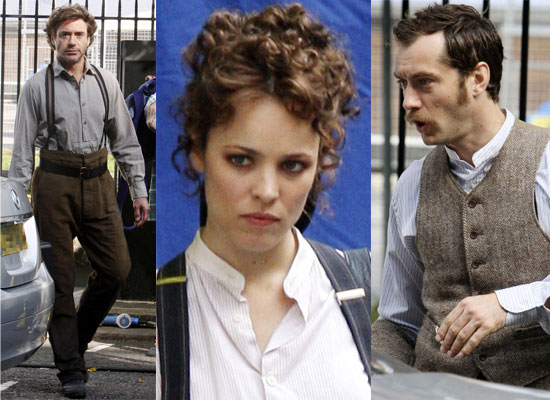