David Beckham stripped off his shirt at the end of a rather heated football match on Saturday, when LA Galaxy lost to FC Dallas 6-3 in California. After Landon Donovan got involved in a fracas, Becks grabbed FC Dallas's Daniel Hernandez round the neck, and could now face an MLS disciplinary probe. This isn't the first time David has got into trouble on the pitch in LA, as he was given a red card for a foul last month. Speculation about David's move in January continues, with AC Milan and Tottenham Hotspur reportedly the clubs he is most likely to join. 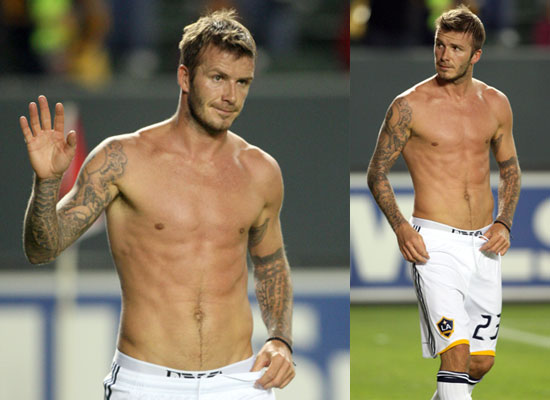 Loads more pictures of David with his top off, so just read more.