Following Cheryl Cole's official announcement that she is separating from Ashley Cole, attention has already turned to who her next partner might be, and bookies reckon it will be Dancing With the Stars' pro Derek Hough. Having starred in Cheryl's "Parachutes" video, Derek spent a lot of time with Cheryl while she was in Los Angeles at the weekend. Regardless of any romantic possibilities, it certainly looks like Derek is being a great friend to Cheryl. I'd love to know what you think of his shirtless physique, which he showed off last Summer in these newly-released photos, so vote below to let me know: is he sexy sexy or just so so? 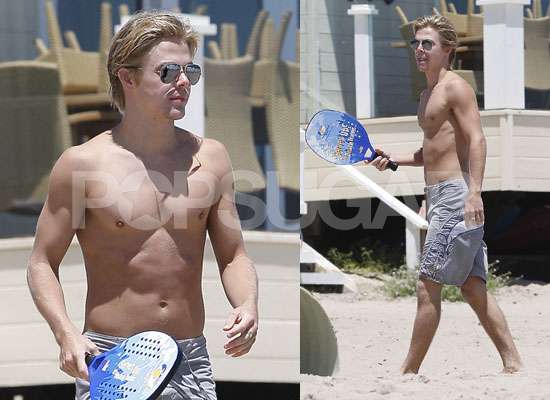