Orlando Bloom shone in all his shirtless glory on board a yacht in St Barts during his holiday with Miranda Kerr, Jason Statham and Alex Zosman over the weekend. He snuggled up to Miranda's cute pooch before donning goggles to splash around in the sea with his bikini-clad girlfriend. Looks like those pre-Christmas trips to the gym were worth it as Orlando showed off his toned physique, which also earned him second place in my sexy shirtless Brits poll. Although Miranda wasn't your favourite model of 2009 it certainly looks like she's Orlando's number one, and the couple saw in the New Year together at Roman Abramovich's party. 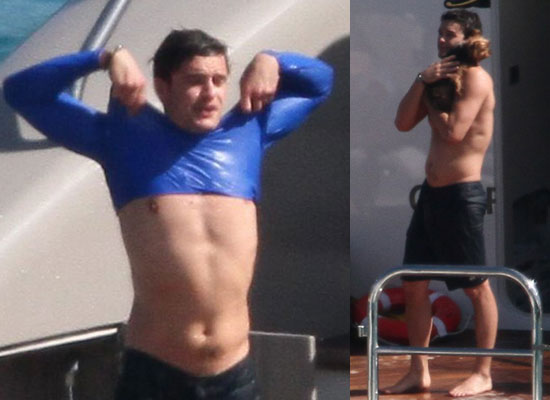