Simon Cowell's life is pretty sweet at the moment: with Alexandra Burke at number one and The X Factor soaring in popularity again, it's no wonder he's smiling so wide on that jet ski in the Caribbean. He's on holiday with Sinitta, who has said she's going to play matchmaker for her pal and find him his perfect woman. He'll be back to work very soon though: our friends in the US will get to see Simon, Randy and Paula plus new judge Kara DioGuardi on 13 Jan. when American Idol Season Eight starts. Here in the UK we'll get the season premiere just a couple of days later on ITV2 on 15 and 16 Jan. With Simon's hopes to get Britney Spears on this season, this is one show I'm really looking forward to in the New Year. I just hope he doesn't decide to leave. 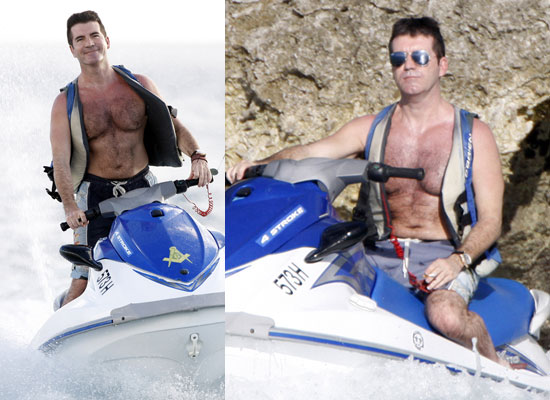