Steve Jones was spotted in Cannes yesterday, having fun on a yacht with friends including Heroes star Hayden Panettiere. The T4 presenter got shirtless in the sun, while Hayden covered up in a robe over her bikini as she and Steve looked happy as they relaxed on the boat. There's a twelve year age gap between the two, who definitely seem to be spending some serious time getting to know each other. Hayden's ex-boyfriend Milo Ventimiglia was eleven years older than her, so it seems she's generally attracted to older men. Still, when they look like Steve, who wouldn't be?! 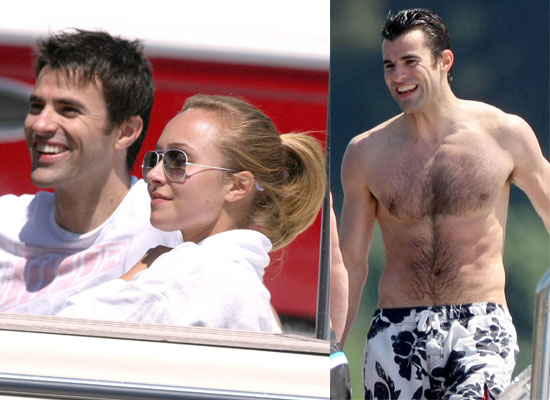 Best of 2021
Presenting the Sexiest Celebrity Selfies of 2021 — So Far!
by Monica Sisavat 3 weeks ago