Sienna Miller and her DJ boyfriend George Baker attended the US Open on Friday, watching Venus Williams beat Magdalena Rybarikova of Slovenia on day five of the tournament. Sienna and George sat and watched avidly for most of the match, taking a break when the players did to concentrate on each other — cheeky George! Sienna is in New York preparing to take to the Broadway stage opposite Jonny Lee Miller in After Miss Julie, which opens in October, but begins previews on September 18. 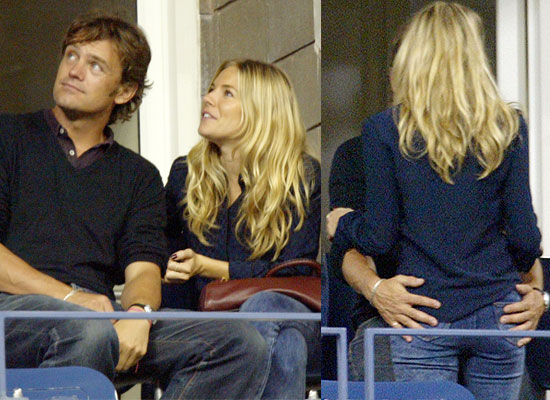