Sienna Miller was looking tanned and happy at a photocall for her Broadway play After Miss Julie alongside her fellow cast that includes British actor Jonny Lee Miller. At the weekend Sienna was spotted at the US Open with her boyfriend George Baker watching Venus Williams, but it was back to work yesterday as she prepares for the play. It opens on Broadway in October, but audiences will get previews from mid September. Would you go and see Sienna at the theatre if she was performing closer to home? 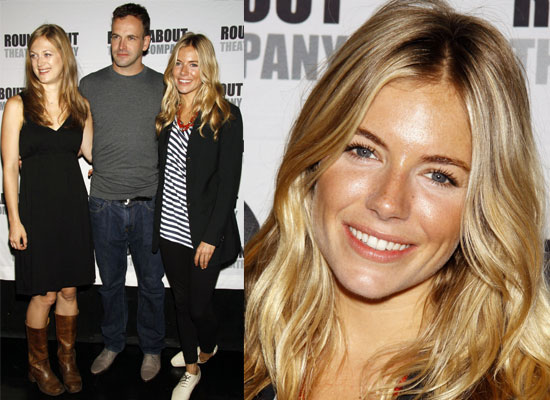