Sienna Miller's smile stretched from ear to ear at the ShoWest awards in Las Vegas, where she won the supporting actress of the year award and posed alongside fellow Brit Michael Caine who was honoured with a Lifetime Achievement award. Still looking tanned after her holiday, Sienna also reportedly visited Josh Hartnett in hospital as he recovered after some excruciating stomach pains. In Vegas though, Sienna looked carefree as she hugged Michael and celebrated her win. Congrats to them both! 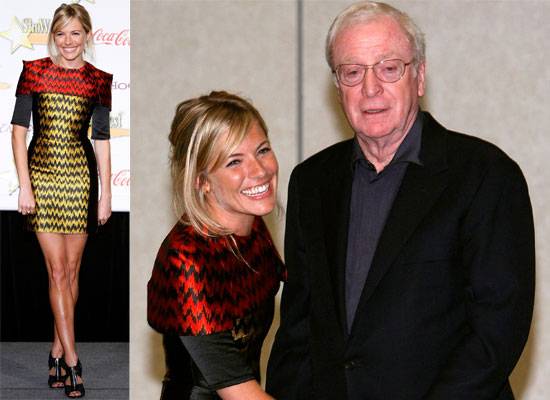