Sienna Miller was full of smiles last night as she signed autographs in New York after finishing up a the first preview of her new show After Miss Julie which opens officially in October. It was Sienna's Broadway debut, and after the curtain call she went outside alongside costars Jonny Lee Miller and Marin Ireland to meet fans who had queued up outside the theatre! She had every reason to look happy too, as first reports say theatregoers were very impressed by her performance — well done, Sienna! 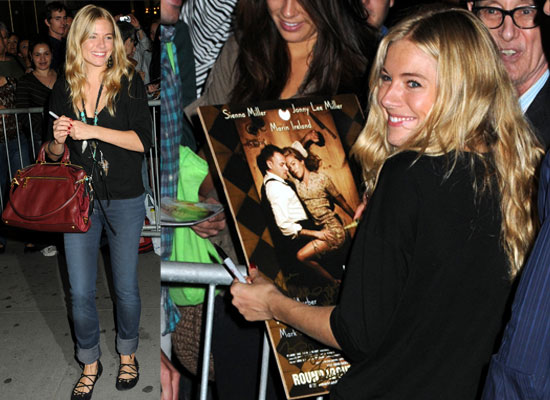