Sienna Miller opted for the natural look and comfortable clothes as she caught a flight from Los Angeles to London over the weekend. We haven't seen the actress with Balthazar Getty since February, and now reports suggest the couple have split for good. A friend says Sienna broke up with Balthazar as there was "too much baggage" but the pair remain good friends, and Sienna is now reportedly getting more friendly with Josh Hartnett after visiting him in hospital last month. Regardless of what's happening in her private life, Sienna's positive about her professional life and the release of GI Joe, saying: "It’s going to be big for me". By the time she hits Broadway in September perhaps the focus will be back on her acting. 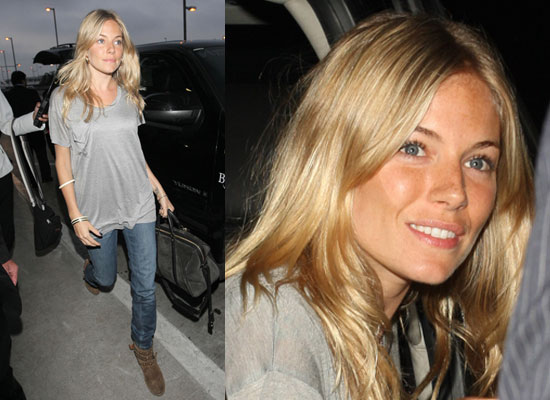