It was a Skins-fest at last night's premiere of new movie Tormented in London's Leicester Square. April Pearson and Larissa Wilson — who played Michelle and Jal in series 1 and 2 — both star in the British movie, while present castmembers Kaya Scodelario, Megan Prescott, Kathryn Prescott and Lily Loveless all showed up to support their costars and the film. The teen horror movie is about a bullied teenager comes back from the dead to take revenge on his classmates, and also stars Alex Pettyfer, Dimitri Leonidas, Sophie Wu and Mary Nighy. It comes out on 22 May, check out the trailer under the cut and tell me if you'll see it! 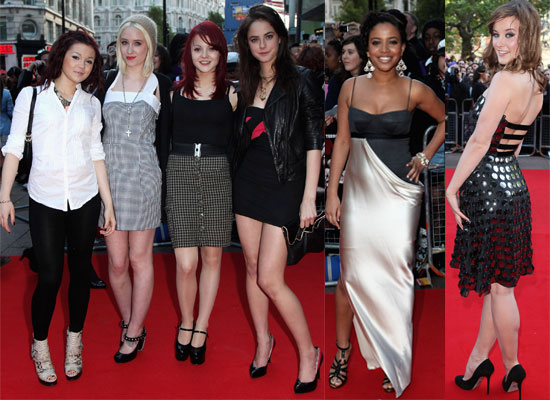 To see more photos from the Tormented premiere, as well as the movie trailer, just read more.