Sophie Ellis-Bextor enjoyed a day shopping in London with her new baby Kit Valentine this week. Whilst recovering from Kit's premature birth in February, Sophie has managed to find time to record the video for new single "Heartbreaker" with the Freemasons, which is due out mid-June. She's also opened up about how Kit is doing, saying: "even though he's nearly 12 weeks old, he's not smiling or anything like that, because he's still like a three week old really. It's quite good though, cos you get the cute tiny baby for longer!". It sounds like life will be busy enough for Sophie over the coming year, but it could get even busier if Strictly Come Dancing bosses get their way, as apparently they want Sophie to compete in the next series alongside Sharon and Ozzy Osbourne. I'd love to see that, what about you? 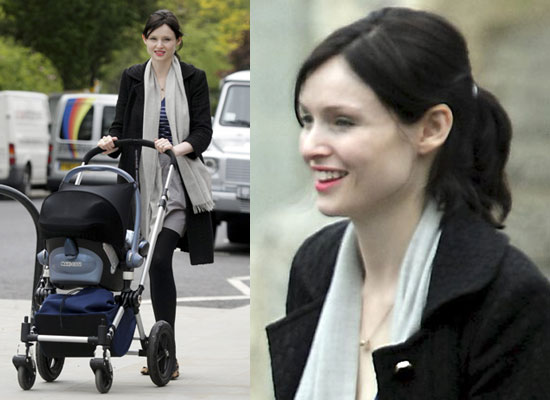