As expected, Eighties pop band Spandau Ballet announced yesterday they are to reform with a comeback tour. Martin Kemp, Steve Norman, Tony Hadley, John Keeble and Gary Kemp announced the news on board HMS Belfast, confirming that the world tour will kick off in the autumn in Dublin on 13 October, with eight dates in the UK and Ireland. I'd love to know what you think of the news, so let me know: are you excited Spandau Ballet have reformed? 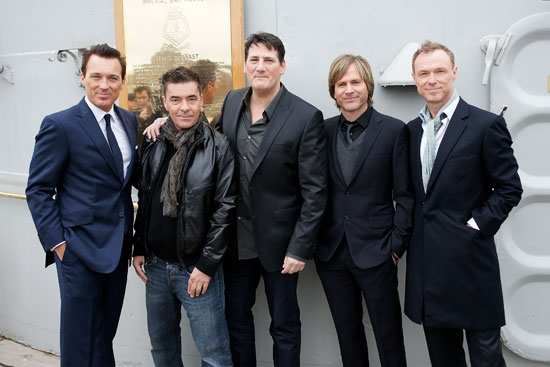 by Haley Lyndes 41 minutes ago