Bungalow 8 was the place to be last night, as Pixie Geldof was throwing her very own Christmas Party. Pixie entered in the festive spirit and wore fancy dress, as did Alexa Chung: the pair sang Madonna's "Papa Don't Preach" together on the karaoke, before Alexa left the party with boyfriend Alex Turner. The Sugababes went for classic LBDs and Josh Hartnett also partied til late. Alexa expressed her thoughts about party on Wednesday in her Girl About Town column for The Independent, saying: 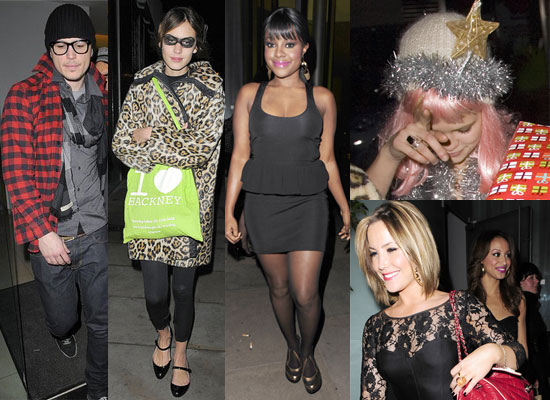 Her leopard print coat and face paints aren't exactly screaming Christmas cracker to me, so maybe Alexa changed her mind at the last minute. At least she made the effort to dress up as something, and Pixie looks pretty cute in her festively decorated beanie!

To see more pictures of the party-goers, just read more.