The O2 Arena in London played host to Capital FM's Jingle Bell Ball over the weekend, with loads of top music stars entertaining the crowds over two days. Brit singers like Alexandra Burke, Alesha Dixon, Pixie Lott and La Roux were joined by American and international female stars like Shakira, Miley Cyrus and Jordin Sparks. Plenty of male performers also took to the stage, including Ne-Yo, Dizzee Rascal, Taio Cruz, Flo Rida and Tinchy Stryder. Remember to vote and let me know who is your favourite British singer in my Best of 2009 poll! 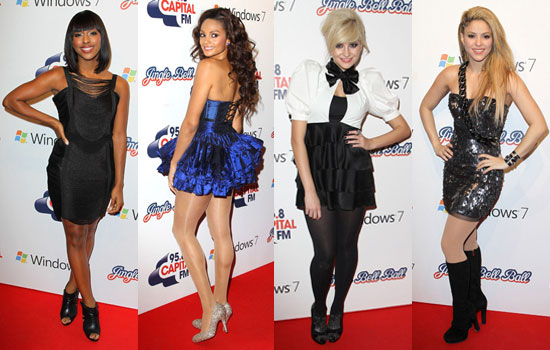 Lots of bands also rocked the O2, including Sugababes and The Saturdays, who will be entertaining our giveaway winners at their exclusive gig tonight. JLS got the most screams from the crowd, but who is your favourite British pop group of 2009? Westlife also performed, as did The X Factor's John and Edward, the Backstreet Boys, Noisettes and Veronicas. 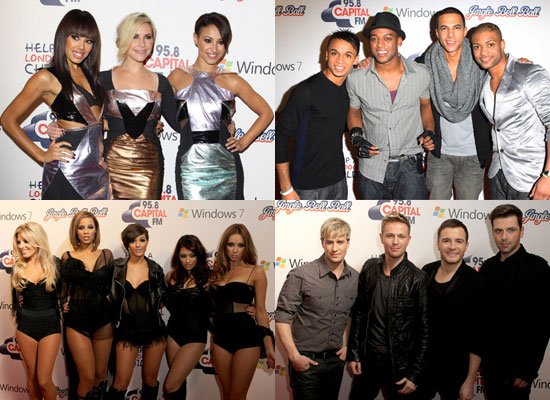