New band member Jade Ewen wasted no time in getting to work with the Sugababes, joining Heidi Range and Amelle Berrabah to film their video for new single "About a Girl" in a desert outside Los Angeles. Jade made the most of her stay in LA by going shopping afterwards with her family, changing out of her studded black costume into a floaty white skirt. Rumours are continuing to do the rounds following the changes to the group, with reports Keisha Buchanan was forced out after she gave an ultimatum to her management and record company saying "it's me or Amelle". Original member Mutya Buena defended Keisha on GMTV and spoke about the original lineup reuniting: would you like to see them reform? 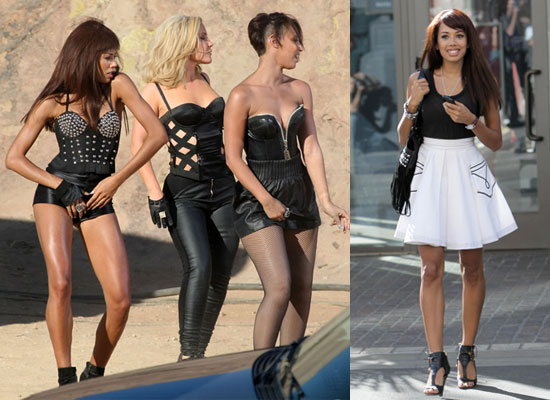