Sugababes Heidi, Keisha and Amelle were given the honour of turning on Oxford Street's Christmas lights in London yesterday in front of 50,000 fans. They were joined on stage by The X Factor finalists Daniel Evans, Rachel Hylton, Ruth Lorenzo and Alexandra Burke, who performed "Hero". Talk turned to Laura White's controversial exit from the show, with Keisha saying "I almost smashed my TV" and Heidi adding "Laura should not have been kicked out". Ahead of his signing this afternoon, Chace Crawford went along for the fun and told ITN it's like being back in Times Square. 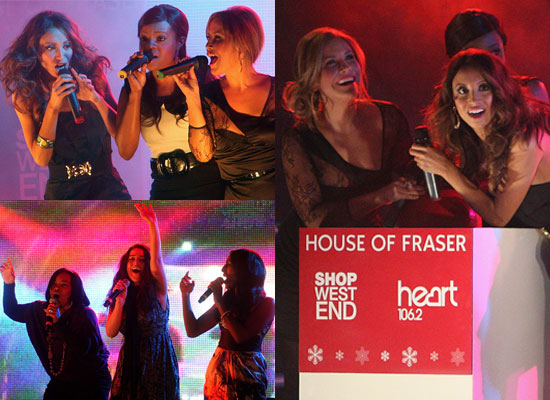 To see more pictures of the Sugababes and The X Factor finalists, just read more.