Mark Owen, Howard Donald and Jason Orange were out in the sun outside Old Trafford Cricket ground yesterday, signing autographs for the Take That fans that were waiting for a glimpse of their idols! The boys left with Howard's daughter Lola accompanying them — he's been keeping his family close by since Father's Day. Meanwhile Jason's been getting some teasing from bandmate Gary Barlow, who caught him trying to buy a CD walkman, he explained, "I said, 'Jay, what are you doing? I'll get you an iPod.'" But Jason went on to say he likes them, and he still has a lot of old cassette tapes. It's time to update, Jason! 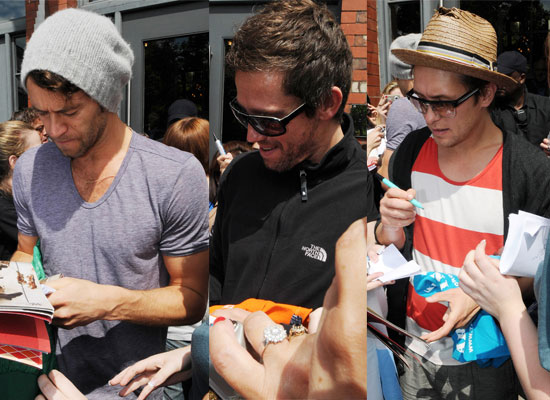