Take That are touring the UK at the moment with their Circus Live tour, and Jason Orange, Gary Barlow, Howard Donald and Mark Owen are putting their all into the shows and getting some fantastic reviews. Between the spectacular shows, the boys get some downtime, pictured here outside their Dublin hotel on Saturday as they headed to the venue. Support act James Morrison has admitted he's not really a fan of the band, saying: "I'm not a Take That kind of guy. We didn't have a beer and we just had a quick chat before the show. But fair play — the dance and unicycle routines are amazing!" Jonathan Ross proved he was a fan on Friday night's show, as he talked about their cycling skills and gave all four men a kiss, check out the videos under the cut! 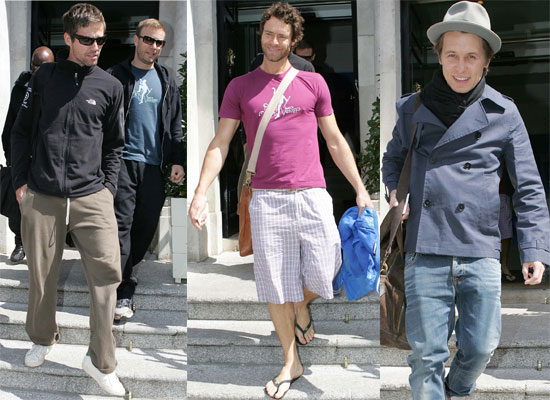